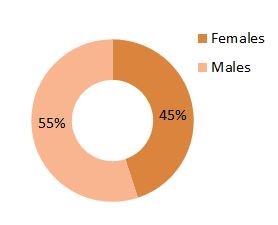 Sabre has reviewed employee salaries and can confirm that those employees with the same job titles and length of service are paid the same amount, as illustrated below: